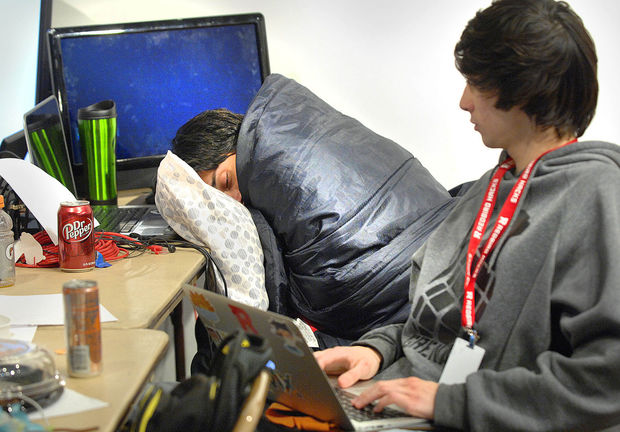 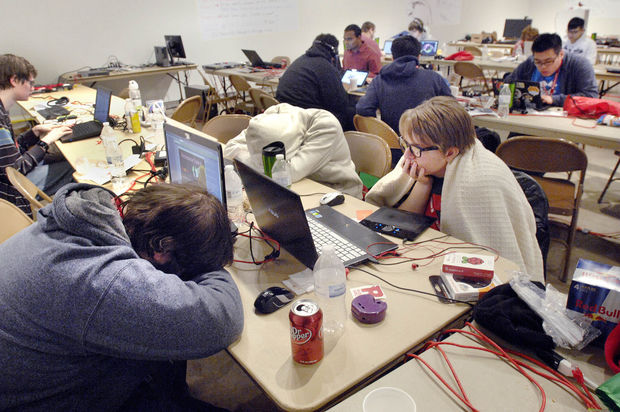 NORMAL — “Technology,” loosely defined, describes how things get done, but for 100 of the brightest technical minds from a dozen colleges and universities participating over the weekend in RedbirdHacks, it’s a way of life.

“I consider it a sin if I see someone misusing technology,” said Jared Weiss of Rockford, an Illinois State University junior who participated in the three-day tech competition that ended Sunday at ISU’s Center for Visual Arts.

Students worked in teams of one to four to create new apps, websites, software or hardware to win prizes and earn valuable points in a national competition. Weiss and three other ISU classmates worked all weekend creating a video game.

“This is the first ‘hackathon’ hosted by ISU,” said ISU senior Rachel Schifano of Normal, one of the event organizers. “Hackathons are basically sports for programmers. It’s a competition for people who like technology. What makes this unique is the intersection of different disciplines.”

There wasn’t much sleep or rest for the participants, who were given only 36 hours to make anything they chose. They could enter the competition with an idea, but all coding had to be done during the hackathon.